As many restaurateurs look forward to closing the book on 2020, one Sedona chef is finding the silver lining as she celebrates the 25th anniversary of the beloved Dahl & Di Luca Ristorante Italiano, helmed by notable Chef Lisa Dahl.

Touted as one of the best Italian restaurants in the country, it was at Dahl & Di Luca where Dahl made her foray as a professional, self-taught chef and restaurateur, thus launching Sedona into the fine-dining realm. Over the years, the restaurant has served millions of guests from around the world as they clamor to get a reservation to try Dahl’s traditional-Italian recipes, angelic pastas, decadent vegetable-based dishes and hard-to-find Italian seafood classics. Blending the Old-World charm of Italy with a touch of modern romance, the dimly lit dining room draped in silk and adorned with gold and silver chandeliers creates an ambiance of classic Italian fine dining that rarely exists today. 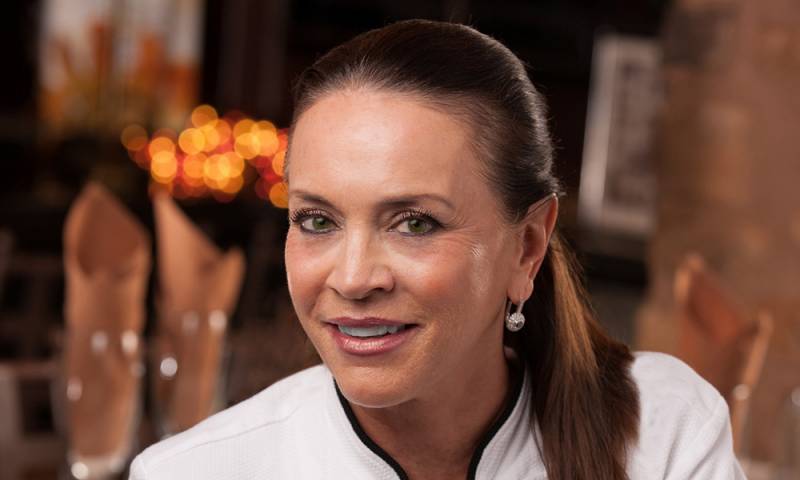 “I still feel the same joy and pride about Dahl & Di Luca as I did when I first opened the restaurant 25 years ago. We had absolutely zero budget, but every time there was a little extra money in the bank, we did something to bring more beauty to the restaurant and the cuisine's flavors,” said Dahl. “Now, we’ve arrived at our silver anniversary, and although many things are bittersweet this year, we’re still commemorating all of the hearts and palates we’ve touched over the years. From the most intimate gatherings of two lovers celebrating a special moment to wedding receptions and rehearsals, we’re throwing it back to the good ole’ days with this limited-time menu.”

Now through January 30, Chef Dahl is celebrating more than two decades of success and the charming history of her first-ever restaurant with a four-course, 25 year anniversary prix fixe menu priced from $65 per person. Honoring some of the most popular dishes over the years, the courses feature an antipasti of the Caprese d’ Amore and Arancini; a primi of Ravioli Romana; and a choice of Vitello Picatta or Prawns Fiorentina for the entrée; and a duet of tiramisu and baby cannoli for dessert. Throughout the evening, guests will enjoy live music from 7-10 pm performed by a star-studded Jazz Trio of Vocalist Vismaya Hagelberg, Theodore Sistrunk on the Bass, and talented Pianist, Ioannis Goudelis. Reservations are required and can be made on OpenTable.com.

Dahl & Di Luca also boasts one of the best wine lists in Northern Arizona with more than 1,000 bottles of wine focused on European varietals from France, Spain and Italy and has won the Wine Spectator’s “Award of Excellence” for 15 consecutive years. Wine and spirit pairings with the 25th-anniversary menu are available for an additional 40 per person.

At this time of the year, more than ever before, Dahl Restaurant Group understands the need to help the less fortunate, and especially those who’ve been impacted by this pandemic through eviction. As a result, Dahl Restaurant Group will be donating a generous percentage of anniversary sales to the Children and Family Services Center Foundation.