When choosing a destination for your winter vacation, Sedona in Arizona may not be the first place that comes to mind. However, Sedona has been named by Good Morning America as one of America’s Top 10 Most Beautiful Places. And the surrounding red sandstone hills look especially beautiful during the colder months. What’s more, there are lots of fun activities around Sedona to alleviate your winter blues. You’ll find smaller crowds and lower hotel room rates in winter despite the mild weather (averaging between 570F and 300F). Here’s a shortlist of just 5 of the many great activities you can enjoy in Sedona this winter.

Image by communications121 from Pixabay

Sedona is home to one of the most unique Catholic chapels in the world—The Chapel of the Holy Cross. You’ve probably seen images of this spectacular building. Its huge cross and windows gaze out from atop a sandstone butte and jut over a 1000-foot cliff in the Coconino National Forest. Whether you’re a Catholic, a Baptist, or just a lover of fine architecture, anyone is welcome to this place of pilgrimage. It is a fantastic structure to visit at any time of the year. When newly built in 1957, it won the American Institute of Architects Award of Honor. And in 2007, it was voted one of the Seven Manmade Wonders of Arizona by residents of the state. Although the chapel is closed on Christmas Day itself, you can still visit between Christmas and the New Year. And if you’re interested in attending mass in English or Spanish on Christmas Day, you’ll find St John Vianney Catholic Church on St John Vianney Lane in West Sedona.

Image by Pexels from Pixabay

Sedona sits at an elevation of 4,350 feet above sea level. That means you’re much closer to space there than many other places in the continental US. On clear, cloudless nights, this area of Arizona is perfect for taking your telescope out into the nearby country and gazing up into the sky. And winter, with longer and darker nights, is the best time of year for such activity. The Lowell Observatory in nearby Flagstaff was established in 1894 and is one of the oldest astronomical observatories in the nation. It is where the dwarf planet Pluto was first documented in 1930. The Lowell Observatory is considered such a great location for astronomy that in 2011 it was named one of “The World’s 100 Most Important Places” by Time magazine. Anybody is welcome to visit the observatory to learn about its history and see its fascinating scientific exhibits. In favorable weather, the observatory is open at night so you can use its powerful lenses to gaze into the heavens.

Image by David Mark from Pixabay

Although Arizona is better known for its heat than its cold, winter in Sedona does see the odd flurry of snow. The fantastic red sandstone rock formations overlooking Sedona look especially wonderful in a winter wonderland, when a light dusting of white snow forms a stark contrast against the dark rocks. Just make sure you wrap up warm in good quality winter clothing because this is not the Arizona you know. It’s cold out there! Nearby Flagstone boasts several popular winter recreation sites at a higher altitude than Sedona where you can sometimes ski or play in the snow. For information about snow conditions in the area, telephone the Snowplay Information Hotline at 1-844-256-SNOW.

Image by purpleshorts from Pixabay

Every February sees the RunSedona Half Marathon event. Not only does this involve a half marathon but also a 10 km and 5 km running race. This is a unique half marathon because it runs through the hilly and picturesque Coconino National Forest District. This popular local community activity includes lots of side events, such as a beer garden, local exhibits, and food trucks. You can even get the T-shirt and hoodie to prove you ran the race. However, it’s the scenic course that makes the Sedona Half Marathon special. And I’m not the only person who thinks that. Every year sees more and more athletes sign up to run the most beautiful and, literally, breathtaking half marathon in America!

Image by Richard Hay from Pixabay

From the 1920s to the 1970s, the beautiful countryside around Sedona was used as the backdrop in over 60 Hollywood films, making Sedona a major player in the history of film production. The city’s important role in film making is acknowledged every year in the Sedona International Film Festival held in the Mary D. Fisher Theatre. This is an amazing celebration of the best independent films from all around the world held every year since 1994. The festival marks its 26th anniversary on March 1st, 2020. The festival lasts 9 days and features a broad range of genres and kinds of film. You will see feature films and shorts, documentaries and animations, student films and foreign films. This is a major film festival that has received recognition from high profile celebrities and journalists over the years in publications from the New York Times to the Seattle Times. If you only ever attend one film festival, make it this one.

And so much more!

Any local can tell you that Sedona and its surrounding countryside looks best in winter. Hiking is more comfortable when the sun isn’t so hot, and snow makes everything look different. So, avoid the crowds and get yourself to Sedona sometime this winter. 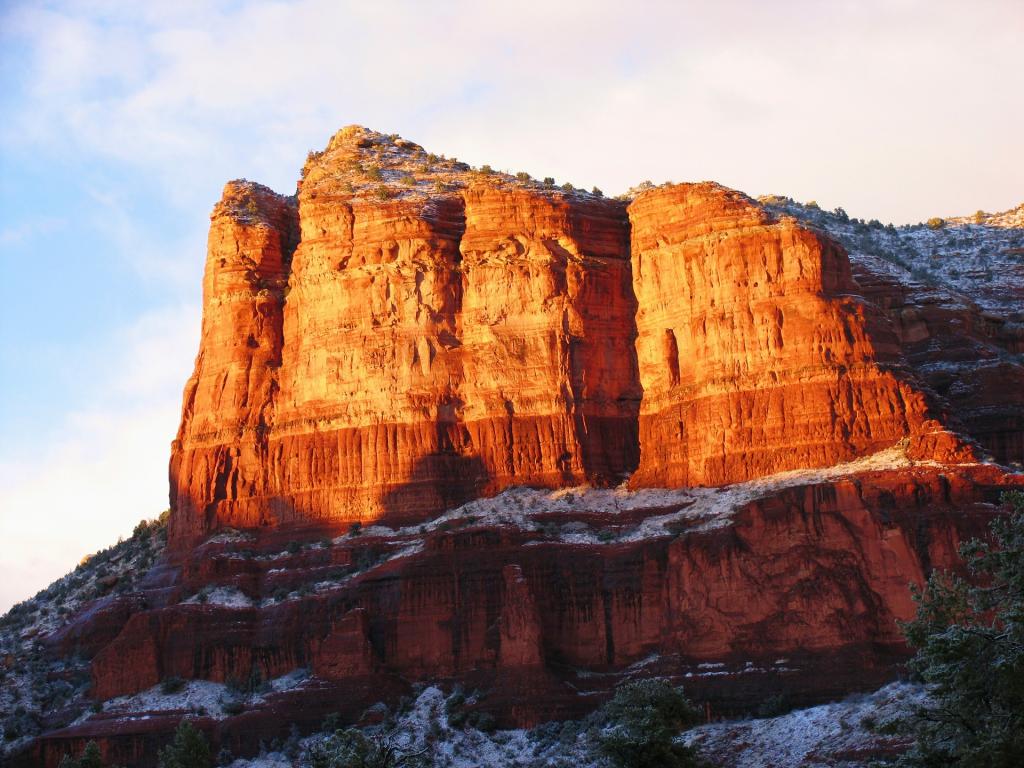