In Arizona’s beautiful Verde Valley, winter is a brief season.

Not long after the final autumn leaves drop to the ground, new buds are already beginning to take shape in the treetops. As days inch ever longer, we eagerly anticipate Spring’s arrival around the next curve of this scenic Sedona canyon country. At Verde Canyon Railroad, Spring is a raucous reawakening, rich with wildflowers and wild creatures. Beginning in late January and continuing through May, eggs and hatched eaglets throughout the canyon’s various nesting locations are monitored closely by Arizona Game and Fish’s “Eagle Watch Program,” of which the train is a proud sponsor. Eagles have long been a hallmark of Verde Canyon Railroad’s historic route and are proudly featured as the “face” of the train’s vintage FP7 locomotives. 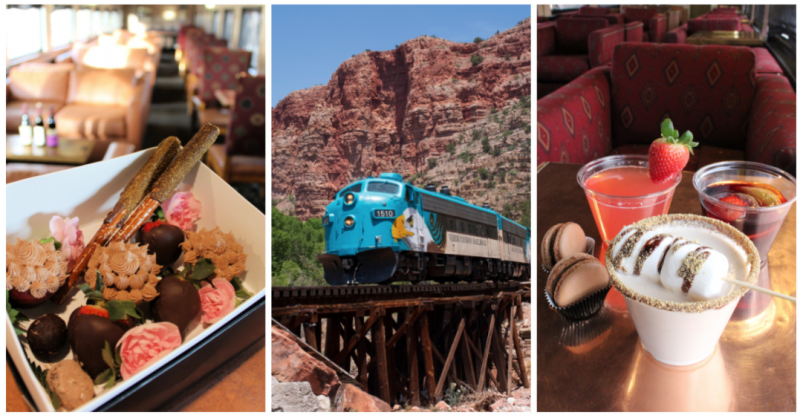 While Spring is one of the most popular seasons for visitors, the special merits of late winter are also always worth a salute. Before the Cottonwoods and Willows go green in mid-March, the Verde Canyon’s magnificent bone structure is on full display while the rare riparian forests slumber along the river and the rails.

On February 14th, 1912, while “gandy dancers” were completing the building of this historic rail route, Arizona became the 48th State in the U.S. Just in time for the “Valentine State’s 110th birthday, the train’s beloved Chocolate Lovers’ Special whisks lovebirds along an adventure of sumptuous sweetness. On February 11th, 12th and 13th, passengers may partake in a bit of romance on the rails, savoring a fine selection of chocolate pastries, hand dipped bon-bons and Valentine-inspired cocktails while the wild winter scenery streams past the panoramic windows of the train. Luxurious, cozy living-room style seating adds to the romantic vibes of the Valentine weekend.

As new generations of the wild denizens of Verde Canyon are born, a crescendo of wild blooms begins... subtly at first, with delicate, sweet-scented early risers carpeting the arroyos and cliffsides, and then picking up steam with ever more showy flowers of cactus, yucca and ocotillo dotting the landscape with color. A sure sign of Spring is the arrival of the train’s favorite seasonal employee, “E. Bunny”! This is some bunny quite special! The huge rabbit bounces his way through the depot to visit all guests on Saturday, April 16th, sharing a big smile, armloads of hugs, handfuls of Easter treats and abundant fun family photo-ops. 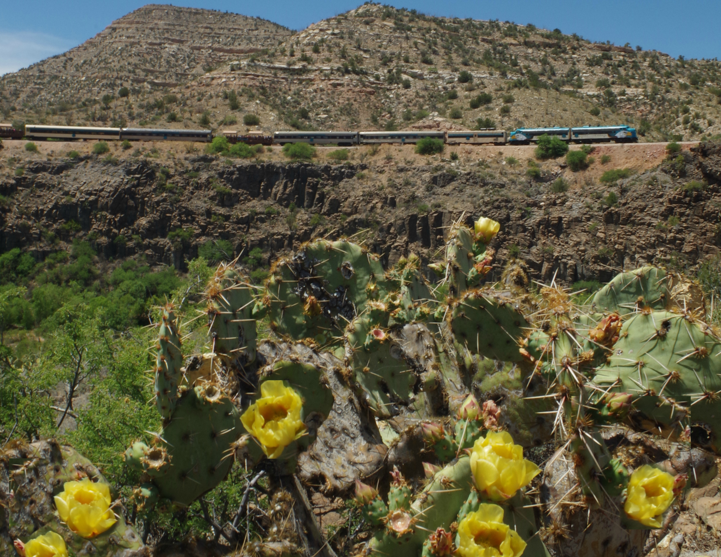 Throughout the year, Verde Canyon Railroad provides depot visitors a close-up glimpse of Arizona birds of prey during “Raptors at the Rails,” shared by Phoenix-based wildlife rescue, Liberty Wildlife, of which the train is also a proud sponsor. Most of the animals Liberty Wildlife intakes each year can be rehabilitated and released. Some animals have injuries that are too severe to allow them survival in the wild and instead become a part of the organization’s educational program, or even foster parents to orphaned babies. On select dates throughout 2022 Liberty Wildlife will be present at the depot prior to the train’s departure, sharing fascinating information and close-up glimpses of beautiful Arizona owls, hawks, falcons, vultures and/or bald eagles with visitors.

Every season offers a different reason to ride Verde Canyon Railroad. Along with classic favorites, new special events on the horizon include the Uncorked Wine Festival wine tasting event at the depot the entire month of May, as well as Saturday morning departures and Moonlight Fridays this summer. 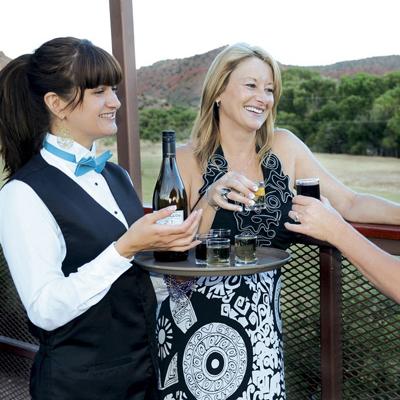