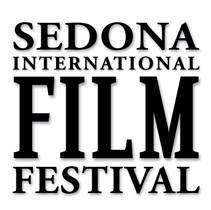 Driven by optimism and guided by caution, the Sedona International Film Festival is ramping up preparations for the scaled down 27th annual event now scheduled June 12-20.

“Everything related to the coronavirus pandemic is moving in the right direction and we’re seeing more people returning to the types of activities, though still on a limited basis, that we all considered ‘normal’ before COVID-19 became part of our lexicon,” said Executive Director Pat Schweiss. “We certainly made the right decision to postpone and we’re excited about new opportunities and features we can incorporate into the Festival because the weather will be perfect. We’re also adding a virtual component for film lovers who would prefer to watch films from the comfort of their homes.”

Filmmakers will start being notified of their acceptance into the Festival beginning April 1. Three screening committees will complete their review work by the end of March to select about 110 films from more than 1,000 films that have been submitted.

“We’re beginning to reach out to celebrities, artists and workshop speakers and moderators,” Schweiss said, adding that “our goal is to get back to the 165 films we usually offer when the Festival returns to the last week in February in 2022.”

Festival films will be screened in reduced-capacity theaters including the Sedona Performing Arts Center, Harkins 6 Theaters and the Mary D. Fisher Theatre, which recently had four new HVAC units installed with NASA-certified air scrubbers. Additional modifications include eliminating waiting lines congregating at theatres by allowing pass holders and individual ticket buyers to choose their seats. Staggered start times will allow filmgoers to move directly to their seats when the doors open.

Masks will be required in all venues and staff and volunteers will have their temperature taken every day. Northern Arizona Healthcare professionals will be on site to monitor safety protocols and be available to answer questions.

Plans are also being developed for outdoor screenings at several possible locations.  “We’re talking about a number of very cool options including drive-in style screenings as well as one in which patrons can bring their own lawn chairs and sit outside surrounded by the incredible red rocks Sedona is famous for,” Schweiss said.

Strict CDC-designed healthy and safety protocols will be implemented at every location.

Among the exciting special events planned this year is a partnership with the world’s first blindDANCE Film Festival.  Led by President of the Board Bari Azman and Executive Director Ben Fox, who is legally blind and a former Sundance filmmaker, the blindDANCE Film Festival team provides opportunities and training in the film industry to those who are blind and visually impaired.

This year is the 100th anniversary of the American Foundation for the Blind.  Schweiss said the Foundation will display pieces in the Sedona Performing Arts Center lobby from the Helen Keller Museum in Tuscumbia, Ala., including the Academy Award for the 1955 documentary, Helen Keller in Her Story.  Keller received the Oscar at age 75.

Patty Duke won an Oscar for best supporting actress for her portrayal of a young Keller in The Miracle Worker.

Schweiss said other special events are being finalized and will be announced soon.

Passes and ticket packages for the 2021 Festival will go on sale in early spring. The complete lineup of films will be available in mid May. 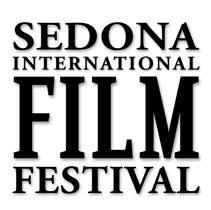