The Verde Valley Archaeology Center and Museum (VVAC) has announced the opening of its new museum and collection center on Friday, November 26, from Noon to 4:00 pm, at 460 W. Finnie Flat Road, Camp Verde. The new museum will thereafter be open every Friday, Saturday and Sunday from 10:00 am to 4:00 pm. Admission will be free through January 2022.

VVAC was founded in 2010, and through the tremendous support and generosity of our Founders, Members and Board of Directors, it is the Center’s pleasure to further promote our mission of conservation, preservation and education for the Native American heritage and archaeology of the Verde Valley. VVAC continues to serve as a vital part of the community, as well as being a destination for visitors to the region.

The new facility features: twelve public gallery spaces, lobby reception and gift shop, state-of-the-art meeting and events room, a virtual interactive children’s adventure room, a collections repository, curation laboratory and data center, a human remains room (for the safe keeping of remains prior to Tribal consultation), board room and staff offices, and a library for VVAC members consisting of over 2,000 books, periodicals and DVDs.

The new VVAC can accommodate the Center’s popular speaker-series, workshops and classes. Additionally, VVAC will resume archaeology tours and member hikes in 2022. VVAC still owns and maintains the Native American Heritage Garden and Pathway located at our Homestead Parkway property. This property will see improvements in 2022 with an upgrade of the trail to be wheelchair accessible and construction of a permanent restroom.

Major support for the new facility was provided by The Paul Dyck Research Institution of American Indian Culture (Collection Center); Donalyn Mikles of the Kling Family Foundation (Fine Art Galleries); Scott and Bonnie Simonton (Homestead property); Tom and Janet Taylor (Kid’s Adventure Room); Larry Watkins of Toad Acres (Lobby); Robert and Estelle Jonas (Library and offices); Jim and Diana Kemper (Meeting Room); Amy and Greg Welden (Lobby Mural); and Linda and Buck Buchanan (Board Room). As well as, the fifty-five members of the Founder’s Circle who have made cumulative donations of at least $2,500. Financing was also provided by the U.S. Department of Agriculture’s Rural Economic Development program with interim funding from the Arizona Community Foundation.

The VVAC was in need of more space to house its expanded collections and exhibitions, and to better serve the Verde Valley community. The Center initially planned to develop a new archaeology campus on its property on Homestead Parkway; however, increased construction costs and the pandemic forced the Board of Directors to search for a more economical alternative.

An immediate solution presented itself with an offer for the former Verde Valley Medical Center (VVMC) clinic building at 460 Finnie Flat Rd, Camp Verde. The 1.2-acre property includes an 10,850 sq. ft. building with parking to accommodate 50 cars and more than triples the Center’s current 3,300 sq. ft. building. A third of the new building has a large open area, providing space for the artifact collection center requiring minimal renovation. The VVAC closed on the former, on Thursday, July 29. To accomplish this purchase, the VVAC leveraged almost $600,000 of its assets together with a very generous donation of $500,000 from the Paul Dyck Foundation Research Institution of American Indian Culture, as well as over $100,000 in donations from its supportive members to the Capital Campaign. In addition, the Center received a generous reduction in the purchase price of the property through the sellers’ agreement to a “bargain sale” price. Bargain sales are often used by donors who wish to make a charitable donation in a form other than cash. The difference between the fair market value and the actual purchase price is considered a gift for tax deduction purposes. The location is very visible and accessible, with its entrance at the busiest retail center in Camp Verde. Tierra Verde Builders was selected as the renovation contractor. 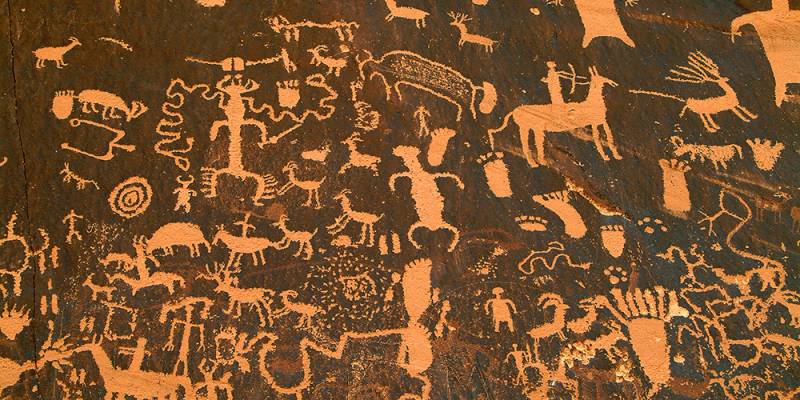 Space Rocks! The Camp Verde and Other Sinagua Meteorites

The occurrence of meteorites on archaeological sites in North America has been known since the early 19th century. From the Hopewell culture in the eastern United States to the Indians in the American Southwest and Northern Mexico, meteorites have been found on these ancient sites. Much like meteorite hunters of today, ancient Native American cultures actively engaged in meteorite collecting. Several meteorite fragments from the Canyon Diablo Meteorite that created Meteor Crater near Flagstaff have been discovered at ancient dwellings in Central Arizona of the Sinagua Culture.

A special Grand Opening exhibit will include three meteorites from locations in or near Sinagua sites that are on loan from Arizona State University’s (ASU) Center for Meteorite Studies, and one such meteorite on loan from a private collection. The exhibit describes each meteorite and suggests how they arrived at their locations, many miles from Meteor Crater. Working with ASU, the Verde Valley Archaeology Center (VVAC) studied one meteorite in particular and noted burnt material embedded within crevices. Using radiocarbon dating, the VVAC was able to confirm its location within the ancient dwelling and confirm the date of the site’s destruction by fire. This meteorite is included in the exhibit with a description of the Center’s work. This exhibit is in cooperation with Arizona State University and Meteor Crater.

The VVAC commissioned artist Duane Koyawena (Hopi/Tewa) to create a custom mural in the lobby. The mural serves as testament to the connection the Hopi people have to the Verde Valley. This mural is generously funded by Amy and Greg Welden of Mancos, CO.

Koyawena is a self-taught artist and has been creating art since childhood. He was born in Fort Wainwright, Alaska to an Air Force father, Lloyd Koyawena (Hopi) and his mother, Carol Keevama (Hopi/Tewa). Koyawena is Hopi from Second Mesa, Arizona and Tewa from San Juan, New Mexico. Koyawena grew up in Albuquerque, New Mexico and graduated high school in 1999. He studied at community college before moving to Flagstaff, Arizona in 2002.

Koyawena says, “My art is highly influenced by my father who was also an artist in his own right. Sadly, my father lost his life to alcoholism. The devastating loss of my father ironically influenced my own destructive path with alcohol. It was during this dark period that I felt my art was impure. That all changed in 2008 when I finally began my road to sobriety and reestablished with my Hopi way of life. By embracing my traditional teachings and culture, my art is pure again. Drawing and painting inspiration from my past, my sobriety, my family, and most importantly, my Hopi identity – I am better able to affect positive energy to help myself and others live a balanced and happy life. Today, I compliment my artwork with desire to help others. I am currently working for the Behavioral Health Department at the Flagstaff Medical Center. It is through this position that I am able to give back. Striving to live one day at a time for myself and my daughter, I do my best to surround myself with beauty – one pencil or brush stroke at a time.”

The VVAC owns and stewards over 80,000 artifacts, textiles and remnants. A significant part of the collection is the Dyck Cliff Dwelling Collection. More than 50 years ago, Dr. Charles Rozaire, a professional archaeologist, began a multi-season excavation project at a relatively small Southern Sinagua cliff dwelling located on artist Paul Dyck’s Rimrock property north of Camp Verde. Although a large quantity of incredibly well-preserved materials was recovered, these materials were not analyzed and remained in storage until 2014 when they were donated to the Verde Valley Archaeology Center by the Paul Dyck Family. 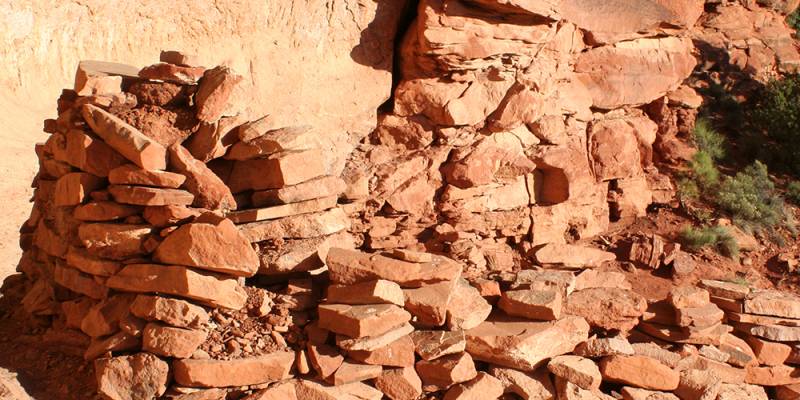 The Mission of the VVAC

The Verde Valley Archaeology Center was founded in 2010 to preserve archaeological sites and collections, to curate the collections locally, and to make them available for research and education; to develop partnerships with American Indians, cultural groups and the communities we serve; and to foster a deeper understanding of prehistory and American Indian history in the Verde Valley through the science of archaeology.

The Verde Valley Archaeology Center recognizes and respects Indigenous Peoples as traditional stewards of this land and the enduring relationship that exists between Indigenous Peoples and their traditional territories. This is an expression of gratitude and appreciation to those whose territory we reside on, and a way of honoring the Indigenous people who have been living and working on the land for millennia. History can also be a shared space, and that the oral traditions and lived experience of Native Americans are as significant as those of any culture. It is important to understand the long existing history that has brought us to reside on the land, and to seek to understand our place within that history.

The Verde Valley Archaeology Center (VVAC) is a non-profit Arizona corporation (recognized by the IRS as a 501(c)(3) public charity). It is governed by a Board of Directors consisting of a group of individuals with a professional and avocational interest in the field of archaeology. We value the human adaptation to the Verde Valley and feel that both artifacts and archaeological sites should be protected and preserved as the top priority. An understanding of the past is a key to developing sustainability and the Center believes that the VVAC should provide a forum for the discussion of ideas about the past, present and future.
The Center is the only organization in the Verde Valley region dedicated to the care, management and use ('curation') of archaeological artifacts found throughout the Verde Valley region. The Center's vision is to be the foremost research and educational institution devoted to the preservation, interpretation, and celebration of archaeology of the Verde Valley by creating and sustaining an archaeological center and museum where artifacts

From 1884 to 1888, Dr. Edgar Mearns, the surgeon at Fort Verde documented every major pueblo within a 50-mile radius of the fort. He was also the first to excavate several of the sites, including Montezuma Castle and Clear Creek Ruin.  In 1890 he wrote the first nationally circulated article on the Verde Valley's ancient ruins. It created widespread interest among archaeologists and was the impetus for at least two subsequent surveys along the Verde River and its tributaries.

But Mearns also began a practice that has seen most of the valley's treasures carted off to someplace else. Mearns sent wagon loads of items to New York's Museum of Natural History. The two subsequent expeditions of Cosmos Mindeleff and Jesse Walter Fewkes saw artifacts sent off to the Field Museum in Chicago, the Smithsonian and the Peabody Museum at Harvard University.  When the National Park Service became managers of Montezuma Castle, Montezuma Well and Tuzigoot, they were forced to send what could not be displayed on site to their Western Archaeological Conservation Center in Tucson.

"Virtually every major artifact collection from the Verde Valley is some place other than the Verde Valley," says Jim Graceffa, Past President of the Center.  There are many good reasons for creating an archaeology center in the Verde Valley, but the one that keeps coming up most often is the loss of artifacts that continues today. Verde Valley artifacts are in museums and universities around the world -- everywhere but here.

The Center is dedicated to the care, management, curation & display of Verde Valley artifacts. 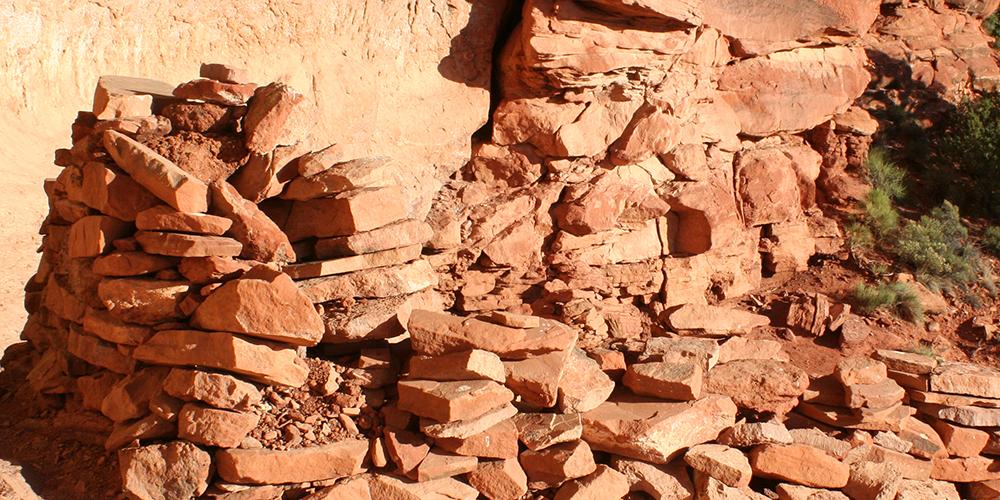