Sedona is a wondrous place where you can imagine the best of any situation.

When Arizona first started closing down shops and restaurants to help stop the spread of COVID-19 in March 2020, I was in the midst of recording a music album in Phoenix. The producer and I decided to create a cover version of the iconic song “Imagine” originally written by artistic visionaries John Lennon and Yoko Ono. Feeling like we were bound by the terrible effects taking over by the pandemic, we asked ourselves what we could do to best share the power of inspiration and possibility expressed by John and Yoko’s words.

Taking a huge leap of faith, while taking every precaution to be socially distanced and safe, we decided Sedona was the perfect place to film a music video for “Imagine.” So we packed up two photo cameras and an iPhone 11 and ventured into the magical red rocks of Sedona.

We had the once in a lifetime chance of being there practically on our own. We visited places that are normally full of hikers and tourists, and we were able to capture the peaceful serenity that is today rare to find. You’ll see in the video, the experience was simply amazing.

We chose this song because it asks us to imagine what the world could be like if we opened ourselves up to the possibilities that come from love, respect and unity. Just as when it was first created by Yoko and John back in the 60s, this song and its meaning are more important than ever. We must imagine what kind of world we want to live in and have the courage to make it our reality.

Despite all odds, Sedona really is a place where even the most vivid of dreams can come true.

TESZ is a creative vocal artist and songwriter whose soulful voice and heart-stirring music resonate deeply with listeners. In 2021, TESZ premiered her new music album, “BE HERE NOW.” Raised in Arizona and forever grateful for the musical legacy of her Philippine-American heritage, TESZ now lives in both New York City and Scottsdale, recording and writing new music with producers and artistic collaborators throughout the United States and Europe. Experience TESZ at TeszMusic.com 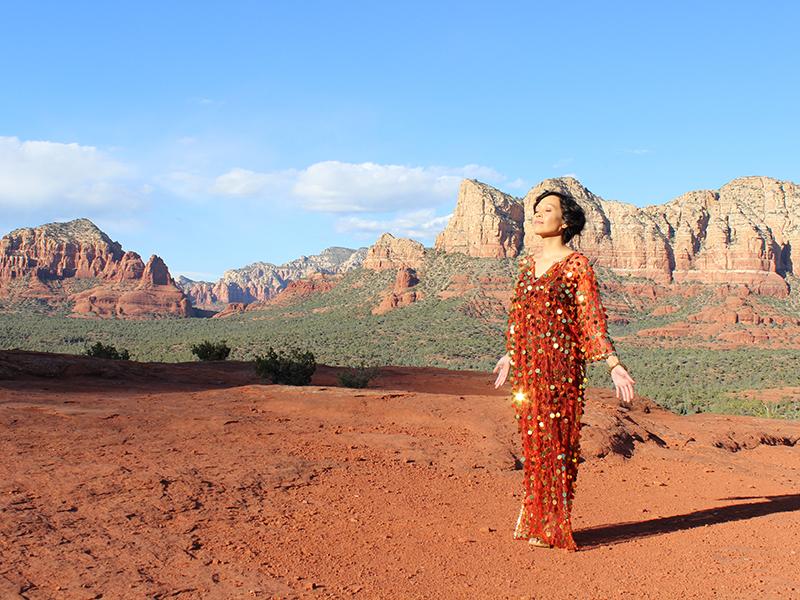