Alchemy Opens Later this Year When the Hotel Makes its Debut in Sedona, Ariz. 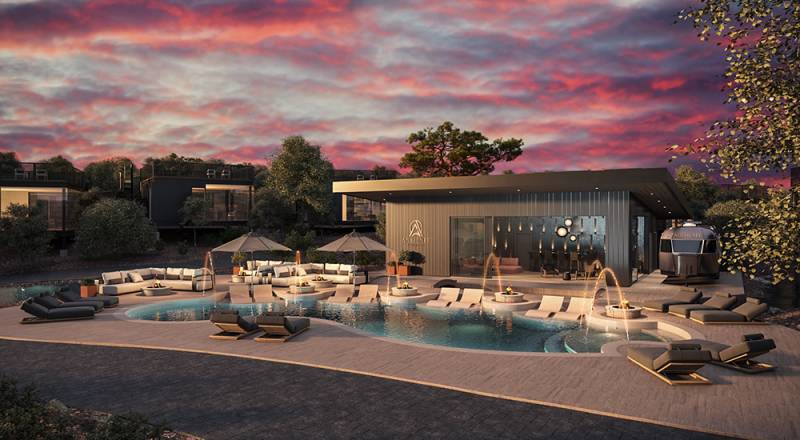 Ambiente, a Landscape Hotel, one of North America’s most anticipated hotel opening of 2021, announced today that it has tapped renowned chef Lisa Dahl to lead the vision for the hotel’s culinary offering.

Campy yet chic, Alchemy will be Ambiente’s signature restaurant that finds its home within a custom Airstream, which has been transformed and reimagined into a culinary destination situated poolside at the heart of the three-acre property. 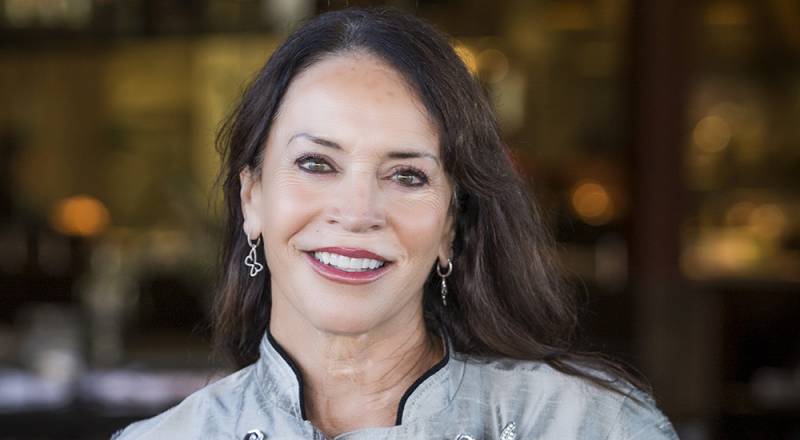 Chef Lisa Dahl, the award-winning chef lauded by critics and the nation’s top media outlets for more than 25 years, is the visionary behind this inventive, unsuspecting outpost in the rugged Sedona desert. Fitting of its ultra-luxe setting at Ambiente, Alchemy is exclusive to hotel guests only and will serve breakfast and lunch daily with limited after-hours offerings. With an ever-evolving menu, Dahl’s creativity will run wild in her bold, yet approachable take on healthy, indulgent cuisine. The succinct four-seasons menu at Alchemy will feature only a dozen items highlighting many locally grown and sourced ingredients from the Verde Valley and beyond. Like a greatest hits album, longtime Dahl fans may find certain dishes familiar in flavor, yet evolved into something completely new and exciting.

“For me, Alchemy will be a fantasy,” said Dahl. “It will be eclectic and adventurous. There are no rules, yet each dish will be precisely designed to leave Ambiente’s guests dreaming about what they’ll eat next. Dishes at Alchemy are inspired by the Southwest with hints of Italian, Latin and Mediterranean influences with the perfect mix of comfort and whimsy.”

“The creativity and transformation that has shaped Chef Dahl’s legendary career will no doubt spark pure magic at Alchemy,” said Jennifer May, co-owner of Two Sister Bosses, the family-owned developer of Ambiente. “Chef Dahl is already so well known around the country, and around the world for that matter, and we look forward to giving her a no-holds-barred platform where her talent will continue to shine in Sedona. And, in addition to having access to Alchemy, guests of Ambiente will enjoy direct, private access to a walking path that connects the hotel to Dahl’s most well-known, flagship restaurant, Mariposa Latin Inspired Grill.”

As one of the country’s top female chefs and restaurateurs, Dahl was a natural fit for the role, as she is widely credited for pioneering the fine dining scene in Sedona for close to three decades. Dahl is the executive chef and CEO of five outstanding restaurants in Northern Arizona’s red rock country where she has earned international acclaim for Dahl & Di Luca Ristorante Italiano, Cucina Rustica, Pisa Lisa, Mariposa Latin Inspired Grill and her newest, most-buzzed-about addition, Butterfly Burger, A Couture Burger Lounge. Dahl is responsible for Sedona’s emergence as a national “foodie destination”. As a self-taught chef, she was the first to introduce fine dining to Sedona in the late ‘90s with the opening of Dahl & Di Luca and has since expanded to become the largest restaurant group in the area with accolades spanning the culinary spectrum.

The first of its kind in North America, Ambiente: A Landscape Hotel is currently slated to open its doors to the public in fall 2021. Uniquely designed to blend in with the surrounding geography, Ambiente is being constructed with a deep respect for the environment, with a focus on sustainable methods and organic, modern architecture that complements the neighboring topography and minimizes the impact on the land. The hotel is comprised of 40 cubed-shaped guest Atriums that are elevated above the ground by elevated piers to offer customized, striking, 360-degree views of Sedona’s infamous red rocks and the surrounding Coconino National Forest.

Ambiente is in line with Sedona’s new commitment to provide sustainable destinations for tourists that are harmonious with the environment around them. The hotel aims to be the city’s leading example of sustainable tourism and innovative hotel design that promotes long-term vibrancy within the community. For more information, visit AmbienteSedona.com.

About Ambiente, a Landscape Hotel
A first of its kind in North America, Ambiente, a Landscape Hotel is uniquely designed to blend in with the mystical red rocks of Sedona, Ariz. and give guests the opportunity to experience and embrace the natural beauty that surrounds them in one of the world’s most stunning locations. The boutique hotel’s 40 cubed-shaped, guest Atriums appear to be floating above the high desert topography as the structures reflect the landscape with the use of bronzed glass and steel piers. With sleek and contemporary design, the hotel embodies elegant minimalism and the utmost in luxurious accommodations. Ambiente is committed to providing a sustainable destination for global travelers that is harmonious with the environment. For more, visit AmbienteSedona.com.

About Two Sister Bosses
Headquartered in Sedona, Ariz., Two Sister Bosses is a sister-owned and operated luxury hotel development and management company focused on creating one-of-a-kind experiences that are in-harmony with the natural environment. Founded by two Sedona natives, Jennifer May and Colleen Tebrake, the company is committed to the principles of sustainable tourism and bringing new and exciting experiences to the community. Two Sister Bosses is the new generation of a local Sedona family’s development company that has operated in Northern Arizona for close to 35 years. Blending contemporary design with innovative architecture, the company’s first project is Ambiente, a Landscape Hotel, the first of its kind in North America that will open in Sedona in fall 2021. 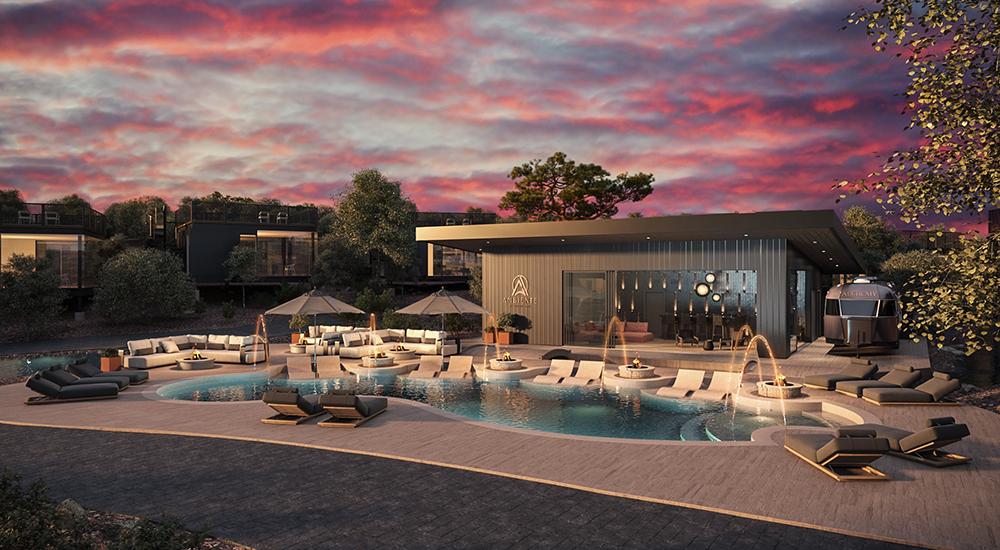