The Northern Arizona Blues Alliance NAZBA is proud to partner with the Sedona Film Festival and present a two-day Blues event — “The Sedona Red Rockin Blues Festival” — on Friday and Saturday, September 3rd and 4th, featuring some of the best Blues artists in Arizona. The Mary Fisher Theater will be the setting for Friday night's performances, featuring two prominent solo acts, BD Frank from Phoenix and S.E. Willis from Flagstaff. The Sedona Posse Grounds Amphitheater will be the site of Saturday's outdoor performances, featuring “Ladies of the Blues”, Nina Curri, Rennee Claybon, Jacque Duhame, Betty Jo Vachon, and Genevieve Castorena, (Gypsy).

All of the acts have competed in the NAZBA and/or Phoenix Blues Society’s (PBS) annual Blues competition and/or Best Self-Produced CD competition, with many artists going on to perform at the annual Blues Foundation’s International Blues Challenge (IBC), held for the past 37 years in Memphis. Just getting to Memphis is a journey by itself! Acts must win their local competition to qualify for the Memphis event where they are judged on the basis of Blues Content, Originality, Vocal Ability, Musicianship and Stage Presence in the scoring. Once in Memphis, acts then compete against 125 of the top blues solo/duo acts and 125 top bands from around the country and 20 other nations as far away as the Philippines. 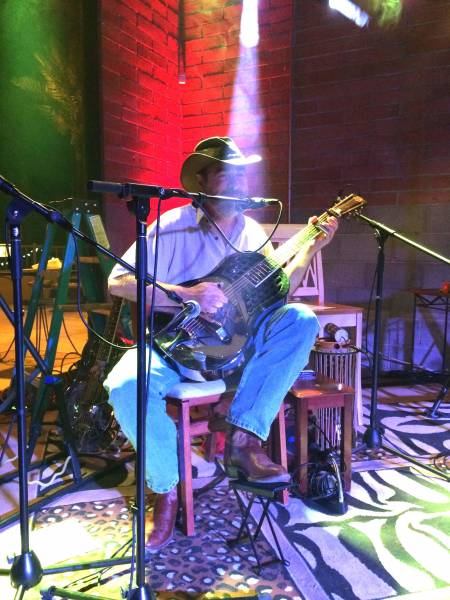 Opening the show is BD Frank, a multi-instrumentalist, coming from the Phoenix area, having won the Phoenix Blues Society's Solo/Duo International Blues Competition (IBC) in 2017. He has been performing and recording music for over 40 years from the east coast to the southwest, stylistically capturing Americana Roots Music with one foot firmly planted in traditional acoustical blues and boogie while exhibiting a unique style like no other. Resonators are instruments that are typically brass or wood body instruments that project sound from an aluminum spun cone and “Reso-man” BD Frank, specializes in performance on these traditional instruments. His style is Americana leaning towards roots and blues. 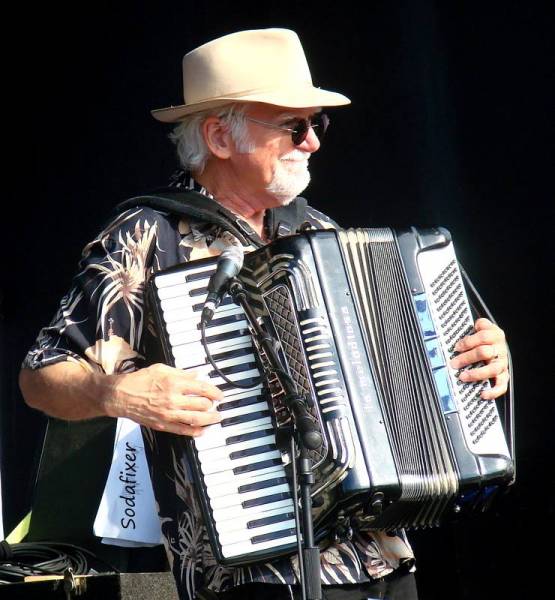 Next up is Mr. S. E. Willis, originally from West Virginia, has been playing the piano and harmonica since the age of six, and organ and accordion since his teens. He started playing in rock and roll bands along Arizona’s stretch of Route 66 in 1967. Willis’ music is deeply rooted in traditional American forms: blues, boogie-woogie, country, rockabilly, gospel, zydeco. A veteran band leader, S.E. (Steve) Willis has taken a supporting role in bands with such artists as Chuck Berry, Bo Diddly, Albert King, Jimmy Rogers, Roy Gaines, and, since 2000, Elvin Bishop (his accordion features prominently on the 2014 release “Can’t Even Do Wrong Right”). 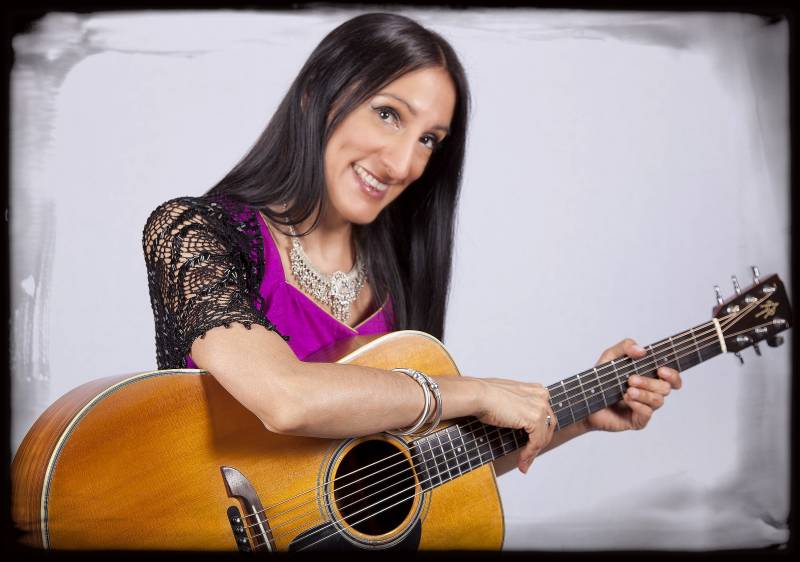 Opening the show from Phoenix is soloist Nina Curri, an outstanding blues artist who has performed throughout Arizona for many years. Her original songs are introspective and real with a repertoire steeped in traditional roots blues. You may hear styles of Bonnie Raitt, Rory Block and Billie Holiday who are a few of her largest influences. 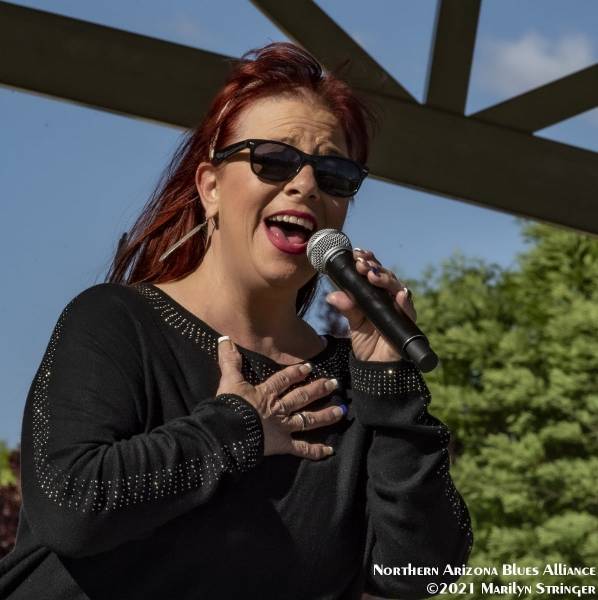 Next up is Sedona's own Renee Claybon. a gifted vocalist who continues to wow audiences with her vocal talent and stage presence, performing with her band, “Diversity”, from Sedona to Phoenix and beyond. Fresh off her standing ovation at the Great Prescott Valley Blues Festival, Renee has been a semi finalist at the 2017 International Blues Competition, held in Memphis, Tennessee for the past 36 years. Renee is classically and attended college with a full music scholarship at Macomb Center for the Performing Arts in Sterling Heights Michigan where she had the honor to perform for former President Ronald Reagan. She has performed with many great artist and groups such as, Ray Charles, The Temptations, Sheila E. and Aretha Franklin and has be honored to sing the national anthem for the NBA’s Detroit Pistons and the Arizona Rattlers. 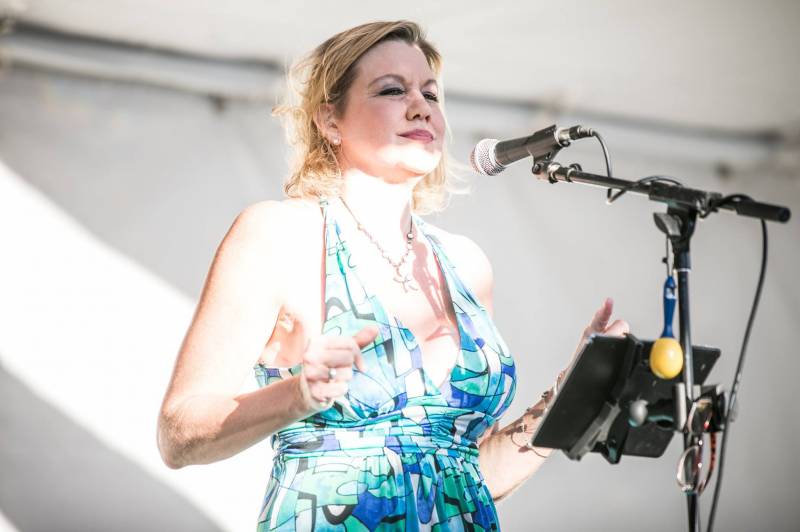 Following Renee, from Phoenix, is Jacque Duhame. A third generation native of Arizona, Jacque has been performing and singing in the valley for many years from jazz to rock to blues. Her style is soulful, sassy, and swinging, and is an engaging performer, who gets right to heart of the audience. She moves seemlessly through multiple music genres always making for an engaging and fun performance. 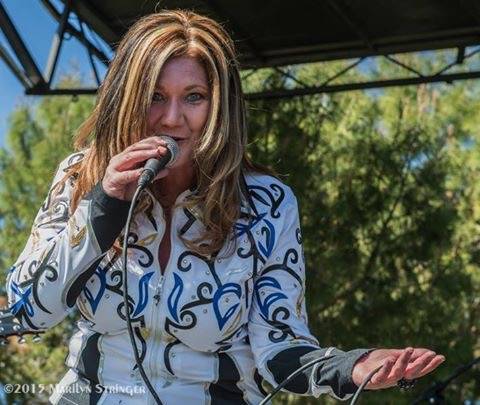 After Jackie, is Betty Jo Vachon, a charismatic vocalist hailed by fans as a "Passionate…Powerful… and Soulful vocalist that connects with people". Betty Jo takes her Chicago roots music and mixes it with Blues and Motown to give soulful and engaging shows. Betty Jo brought her music to Arizona in 2009, joining The BluesHounds as lead vocalist, and participated in shows all over Phoenix including The Phoenix Blues Society Blues Showdowns and The Rhythm Room. Currently, she is collaborating with Big Daddy D & The Dynamites who will be backing her, featuring Darryl Porras on Guitar, Dr. Bob Sellani on drums, Roger Smith on bass, and Dan Miller on keys. 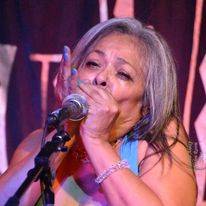 Closing out the day is Genevieve Castorena, better known as “Gypsy, Wild at Harp”. Gypsy is a Phoenix based blueswoman, known across The Valley for her harmonica playing and vocal talents and her influences are from some of the greatest harmonica players such as Junior Wells and Charlie Musselwhite. Gypsy is a much loved local treasure to the Phoenix blues scene, and her performances show her being true to her reputation as being Wild at Harp and at Heart! Gypsy will also be backed by Big Daddy D and the Dynamites, featuring Darryl Porras on Guitar, Dr. Bob Sellani on drums, Roger Smith on bass, and Dan Miller on keys. 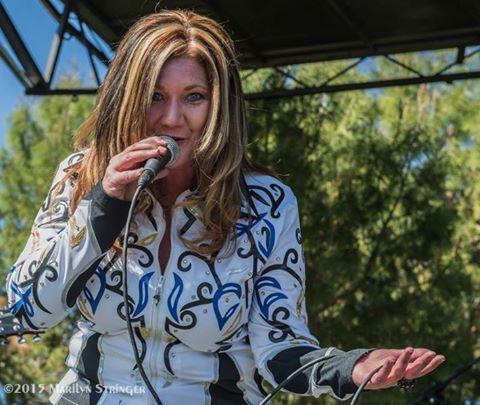