At the “Blueprint” concert, the ensemble will perform a dynamic program that traverses five centuries. 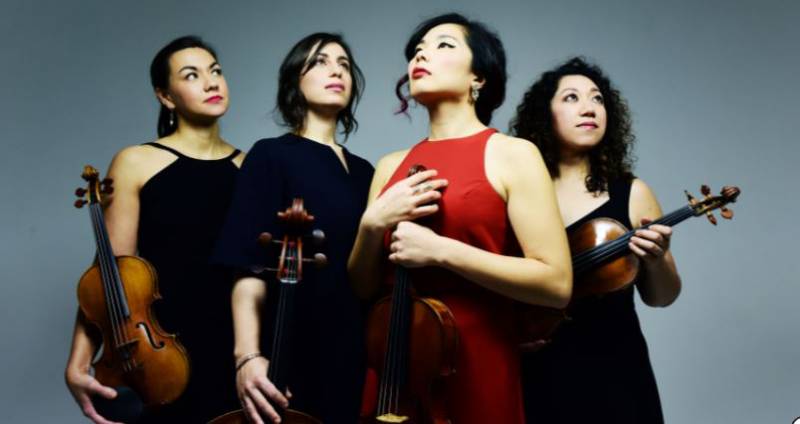 Heralded by The Washington Post for melding “intellect, technique and emotions,” the Aizuri Quartet was formed in 2012 as the union of four distinctive musical personalities into a unique and vibrant whole. Consisting of violinists Emma Frucht and Miho Saegusa, violist Ayane Kozasa and cellist Karen Ouzounian, the ensemble has received numerous awards and distinctions, including the coveted Grand Prize and the CAG Management Prize at the 2018 M-Prize Chamber Arts Competition, as well as top prizes at the 2017 Osaka International Chamber Music Competition and the 2015 Wigmore Hall International String Quartet Competition. The Quartet has performed extensively throughout North America, as well as in Europe, Japan, Mexico, Chile, Costa Rica and Abu Dhabi. Based in New York City, the Quartet served as the 2017-18 MetLiveArts String Quartet-in-Residence at the Metropolitan Museum of Art — an engagement that led The New York Times to praise the ensemble as “expert collaborators who cogently traverse a range of repertoire staples and modern works.”

The Aizuri Quartet’s debut album, Blueprinting, features new works written exclusively for the Quartet by five of today’s most acclaimed American composers, including Lembit Beecher, Yevgeniy Sharlat, Gabriella Smith and Paul Wiancko. “Blueprint,” the album’s signature piece, is the work of Pulitzer Prize-winning composer Caroline Shaw, who described it as a harmonic reduction of Beethoven’s string quartet Op. 18 No. 6 that serves as a musical dialogue between the Aizuri Quartet, Beethoven and Haydn. Blueprinting was released by New Amsterdam Records and has garnered significant praise from critics in addition to being nominated for a 2019 Grammy Award.

At the February 21 concert, the Aizuri Quartet will take audiences on an enchanting musical journey across the centuries. In addition to “Blueprint,” “Voces Intimae” and Gesualdo’s madrigals, the Quartet will perform “Columba Aspexit,” Hildegard von Bingen’s 12th-century sequence in honor of St.Maximinus, Haydn’s Op. 64 No. 2 and Dvoak’s “Cypresses.” General admission tickets for the concert are $40 for adults and $10 for students aged 13-21 with ID. Admission is free for children 12 and under. Click here for more information and to purchase tickets. 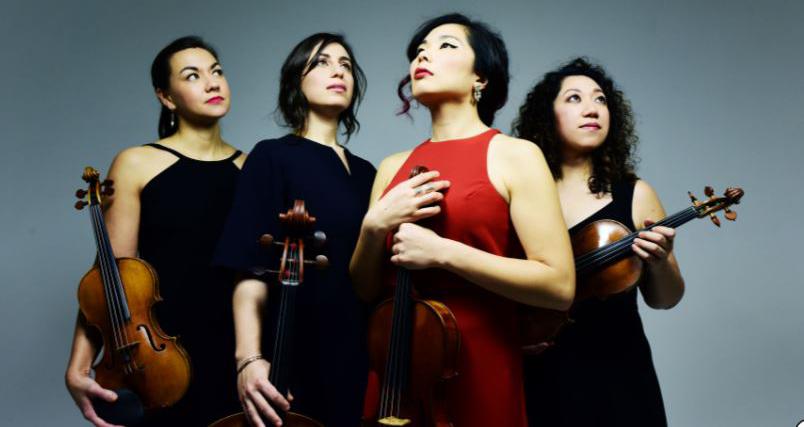